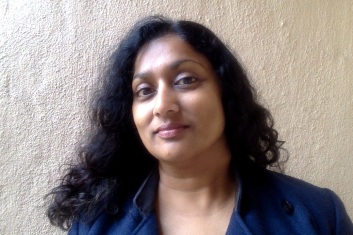 Liza Ramrayka is a freelance journalist with over 20 years of experience writing, commissioning and editing social justice stories.

An early pioneer of solutions journalism — which uncovers effective responses to social problems — Liza is a freelance feature writer, columnist and commissioning editor. She is a 2021 Audio Academy Fellow at Bay Area public radio station, KALW.

Much of Liza’s writing explores aspects of — and solutions to — social exclusion, and aims to amplify the voices of often marginalized communities such as refugees and asylum seekers, at-risk women and children, and unhoused people. She is a long-standing contributor and commissioning editor for The Guardian‘s groundbreaking section Society, which pioneered solutions journalism in the UK. She was recruited by The Times of London as charities editor for the launch of its Public Agenda section.

In May 2016, Liza contributed to the launch of News Deeply’s Women & Girls Hub, an independent news platform covering the issues that impact female populations in the developing world. She was also a core contributor to News Deeply’s Refugees site, covering the global refugee crisis.

In November 2015, Liza was part of The 19 Million Project — a team of international journalists, designers, digital strategists, coders and humanitarians invited to Rome, Italy to develop innovative ways of storytelling to deepen public understanding of the refugee crisis. She continues to work with refugee groups, NGOs, government agencies and others to refocus reporting on migration issues.

In 2000, Liza launched the Weblines column for The Guardian’s Women page and was an early chronicler of new media’s role in charity and arts fundraising, through regular contributions to The Guardian’s Society and Technology sections, and to trade titles including Third Sector and New Media Age.

Liza has been editor of several national magazines published by UK nonprofits, including the National Council for Voluntary Organisations, the Business Disability Forum and Charities Aid Foundation. She has experience of launching and relaunching publications, as well as planning advertising and content strategy.

She is the author of the Guardian Books/Institute of Fundraising publication, Working in Fundraising — the first comprehensive guide to training and careers in UK nonprofit fundraising. Her other publications include The Good Trustee Guide (NCVO) and Service User Involvement (Clinks/Revolving Doors Agency).

Liza has also written on social justice issues for the consumer press, including The Big Issue and Grazia UK. She cut her writing teeth in financial and marketing journalism before taking up a local government beat and then specializing in social justice journalism.

Liza is a guest lecturer in solutions journalism at San Francisco State University, and is a mentor for the Solutions Journalism Network, Report for America and SFSU. She is a judge for the Mark of Excellence Awards from the Society of Professional Journalists, and for Report for America, an initiative of The GroundTruth Project. Since January 2020, Liza has been a volunteer instructor/consultant for the San Quentin News Journalism Guild, whose publications include San Quentin News and Wall City.

She is a Board member at Children’s Day School and 826 Valencia, both in San Francisco.

Born and educated in the UK, Liza is a recent transplant from London to the SF Bay Area where she lives with her husband and two children.