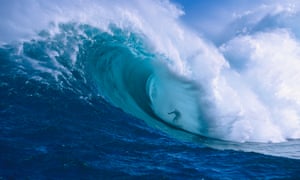 The news that giving by the UK’s top 300 charitable foundations has increased year-on-year to £2.5bn is a welcome chink of light amid the gloom of public sector spending cuts. But a new study into what foundations fund says more should support innovative or risky projects if they want to tackle the root causes of social problems and not just plug funding gaps.

The report by Cass Business School’s Centre for Charitable Giving and Philanthropy (CGAP) examined how much philanthropic foundations are contributing to support research and innovation. While research is widely funded, only just over a third of respondents fund innovation.

The report concludes: “In an era of social, economic and political turbulence, there is an opportunity to increase the contribution of foundations to new approaches and solutions.”

The UK report is part of a Europe-wide study, funded by the European Commission, into research and innovation spending by foundations. Professor Cathy Pharoah, report co-author and CGAP co-director, suggests foundations should share knowledge more systematically and work more closely with partners to deliver their programmes. “It’s getting harder to take risks because money is so tight and there is an increasing demand for evidence,” she says. “Collaborative funding – where the risks are shared – is one way out of that.”

In the UK, LankellyChase Foundation is one of the most visible proponents of tackling social problems in partnership with statutory and non-profit partners. By targeting people who face severe and multiple disadvantages, the foundation aims to support “systems change” – which is defined in a 2015 publication from New Philanthropy Capital as “altering underlying structures and supporting mechanisms which make the system operate in a particular way”. In other words, tackling root causes.

Alice Evans, director of systems change at LankellyChase, says the problem with traditional interventions is that they only paper over the cracks. “We are funding people to look far more at the root causes and systems,” she explains.

Launched in 2013, Love Barrow Families is a partnership between Cumbria Partnership NHS Foundation Trust and Cumbria County Council to improve the way adult and child health and social care services work together to meet the complex needs of families in Barrow. Backed by a £90,000 annual grant from LankellyChase, the project has improved school attendance, reduced anti-social behaviour and involved families as volunteers in their communities.

“We are funding this because we think it should be the blueprint for how Barrow and Cumbria can redesign services,” says Evans.

LankellyChase is also funding System Changers, a six-month pilot to gather insight from frontline workers in homelessness and drug services in the north of England, to improve the way clients are supported. Evans says these voices are often unheard but can help shape what needs to change. The results will be shared locally and nationally next year.

The Lipman Family Prize is an annual global award that celebrates innovation with an emphasis on impact and transferable practices. First awarded in 2012, it is administered by the US University of Pennsylvania through Wharton School, the school of award founder Barry Lipman.

The recently-doubled prize offers $250,000 of unrestricted funding to one main winner, and $25,000 each to two runners up. The 2015 winner, Riders for Health, manages motorcycles, ambulances and other vehicles to ensure smooth delivery of health care in seven countries across Africa.

Breakthrough, winner of the 2014 award, is a global human rights organisation working to make violence against women and girls unacceptable. Much of its work involves quick-response, multimedia campaigns to mobilise communities.

Umi Howard, director of the Lipman Family Prize, admits Breakthrough could be seen by traditional philanthropists as a “risky pick” because of its “huge mission” to prevent violence against women by transforming the norms and cultures that enable it.

Howard says: “We won’t know if they achieve their culture change goals for a decade or more. Relying on hard numbers in terms of outcomes, the prize committee could have easily gone another way, but instead selected Breakthrough as a group doing something daring and truly different.”

Experts suggest big donors should be moving towards an entrepreneurial approach to giving that ‘disrupts the status quo’. Photograph: Reid Wiseman/Nasa/Handout/EPA

Look at the organisations supported by the top 20 UK or US philanthropists and you’ll see a similar picture: research bodies, hospitals, educational institutions and foundations. Perfectly acceptable choices, but hardly risky ones. Yet growing evidence suggests that philanthropists who take more risks could bring about greater innovation and impact in the not-for-profit sector. Think northern California’s project to raise food stamp enrolment rates with the support of technology – an unprecedented approach that aims to improve food poverty for thousands of residents.

A CAF report published earlier this month found that four out of five wealthy donors under 40 hold socially-conscious investments, including some that will not necessarily offer a financial return. The findings in Philanthropy: a gift or investment? mirror the growing trend for big donors to move away from the usual beneficiaries and traditional methods of giving, to identifying and nurturing “disruptive” interventions to complex problems. The Edge Fund’s backing of UK grassroots social justice projects that don’t make it on to the radar of traditional funders exemplifies this.

Plymouth University’s Prof Jen Shang is leading a study involving 22 philanthropists across the world who support international development. The study seeks to identify the thought processes and actions behind donors’ more risky decisions.

Shang, research director at the university’s Centre for Sustainable Philanthropy, says philanthropists who are open to risk-taking have several things in common. For example, they consult widely with a range of stakeholders to get a full picture of what is needed. So for a healthcare project, that could mean engaging children or other user groups as well as medical staff.

Risk-taking philanthropists also have “an empathetic ability to act on what they find”, says Shang. So if a charity’s youth project wants to fund vocational job training rather than further education – because that’s what its beneficiaries want – the donor respects this.

But Shang admits that not all donors may be emotionally ready for this kind of decision: “How many philanthropists are willing to use their hard-earned income to help someone reach their dreams when those dreams aren’t consistent with what the philanthropist believes should be their full potential?”

The Plymouth study, which will release findings next year, has not found donor age to be a factor in risk-taking. However, Shang says a donor’s “appetite for learning” – be that about beneficiaries’ needs or project best practice – seems to make a difference to the way they approach risks in giving.

Helping donors to develop skills for risk taking and other challenges is the aim of the Philanthropy University, an online education resource to be launched later this year. It is an initiative of the UK-based Stars Foundation, whose annual Impact Awards offer unrestricted grants (ie no rules on how money should be spent) to NGOs across the world working with disadvantaged children.

While many donors would prefer to specify what their money is used for, Stars founding chairman Amr al-Dabbagh argues that unrestricted funding is “catalytic” for NGOs: “It unlocks the potential of these organisations to invest in themselves, be responsive, scale up and become resilient sustainable organisations in their communities.”

And al-Dabbagh believes big donors should be moving towards an entrepreneurial approach to giving that “disrupts the status quo”. He cites Bill Clinton’s Clinton Global Initiative as an example, bringing together philanthropists, world leaders, business and NGOs to find innovative solutions to global problems such as access to healthcare.

Turning established giving practices on their head is key to the work of California’s Philanthropic Ventures Foundation (PVF). Over the past 23 years, it has distributed more than $98m (£64m) on behalf of more than 2,000 philanthropists to grassroots organisations and community groups in the San Francisco Bay area and worldwide. A flagship programme is teacher resource grants of between $500 and $2,500 for classroom materials, projects and field trips. Teachers fax their one-page requests to PVF and receive a response within 48 hours.

Chief executive Bill Somerville explains PVF’s philosophy: “We exercise a great deal of trust. You might want to use the term ‘venture’, meaning one is willing to try something even though it might not work but in your professional opinion you feel it is worth taking a risk.

“I don’t even know what strategic means and never use the word. Nor do I use the term ‘problem’. My commodity of exchange is ideas – what do you want to see happen and how do you propose to bring it about?”

This process of identifying creative projects and solutions is often seen in giving circles, formed by individual donors with common interests. Members pool monetary contributions and decide as a group how to distribute funds. Usually they have close contact with the charity or organisation and often will find, or back, a project that a traditional funder would not.

Somerville in California says philanthropists should see risk-taking as a learning experience: “Philanthropy does not like a failure and thus most foundations do not take risks. I don’t feel the world will get better unless we are willing to try new things, to take risks, to be willing to accept an occasional failure.”