Women with their children attend a special service to mark Mother’s Day at Cathedral Church in Lahore, Pakistan. Photo by AP/K.M. Chaudary

Saba Ismail’s lightbulb moment came the day her 12-year-old cousin was told she had to drop out of school to marry a man 15 years older than her. Saba, also 12 at the time, recalls being outraged that her cousin would never finish her education or fulfill her dream of becoming a pilot.

“I realized then that education – which should be a basic human right for everyone – was actually accessible to only a very few in Pakistan,” she says.

Saba and her older sister Gulalai, 16, mobilized a handful of like-minded school friends from the girls’ hometown of Peshawar in northwest Pakistan. Their mission was to volunteer for human rights organizations and work with women’s rights activists. However, they soon realized that something vital was missing from the picture.

“At that time, there was no platform for young girls to come out and share their ideas – particularly where we were, near the border with Afghanistan, where it is a very feudal, tribal and conservative society,” says Saba.

So in 2002, at the age of 15, Saba, along with Gulalai, cofounded Aware Girls – Pakistan’s first organization run by girls, for girls, to promote women’s empowerment, gender equality and peace. “We had no real expertise, just our thoughts,” says Saba. “But there were no other organizations actually led by young women so this is what we wanted to do.”

Over the past 14 years, the Ismail sisters have grown their small group into an internationally lauded organization whose work has earned them seats at the table with the likes of First Lady Michelle Obama and U.N. General Assembly President Mogens Lykketoft.

Aware Girls has developed several award-winning themes, ranging from leadership training to HIV/AIDS awareness and peace building. Achievements include setting up over 40 Girls’ Power Clubs in schools and universities to teach more than 1,200 girls key leadership skills, and a helpline to support survivors of domestic abuse that serves more than 2,000 people every year. 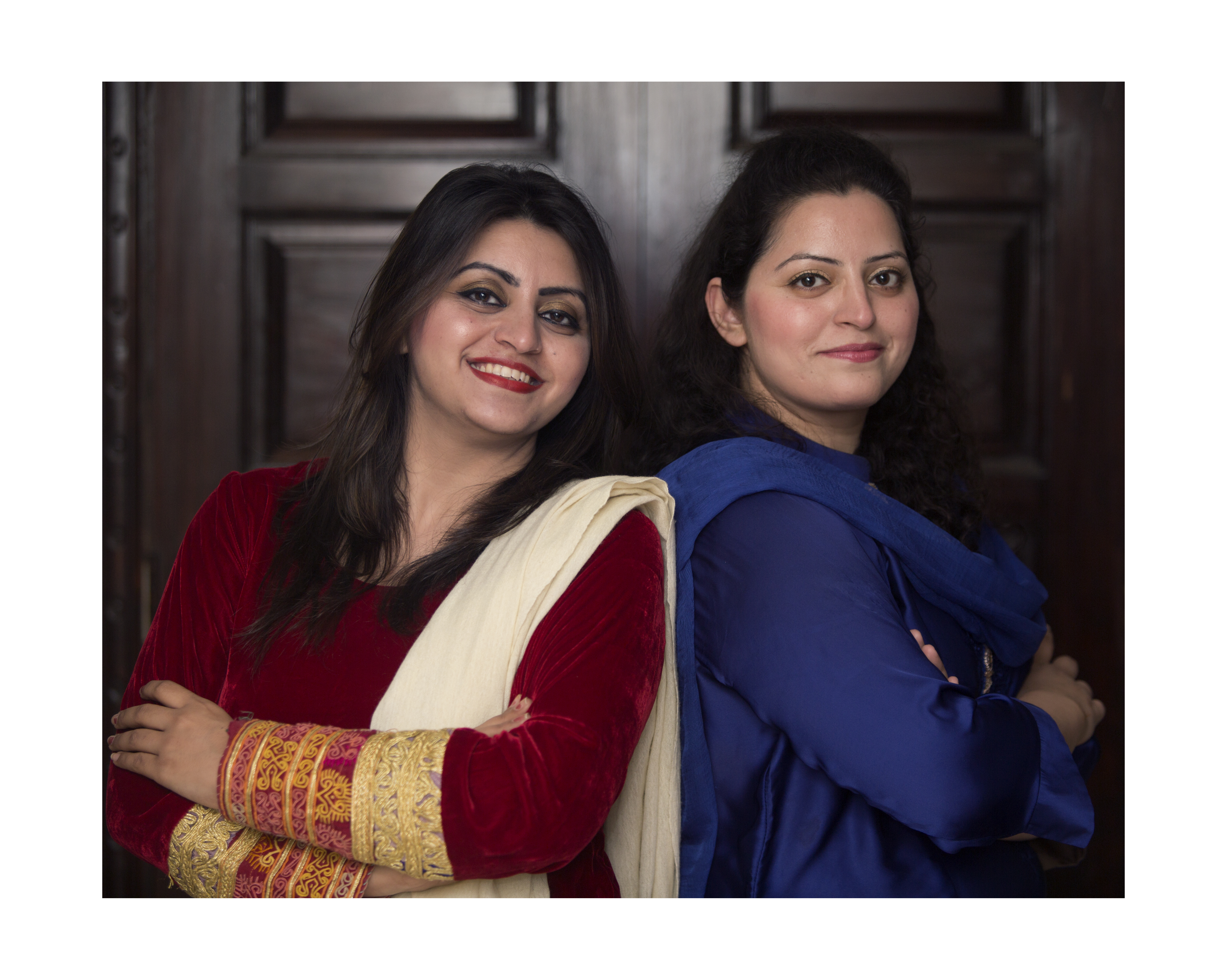 For Saba, now 28 and executive director of Aware Girls, a key outcome has been getting more girls and young women to engage in the political process. “We come from a part of the country where, in certain areas, it’s not allowable for women to come out and cast votes,” she says.

In 2013, Aware Girls led a team of 100 young women (the first such group in Pakistan’s history) to monitor the general election. In the 2015 local elections, the organization trained 42 young women to run for office and three won seats.

Saba is also heartened by the reaction of boys taking part in Aware Girls initiatives such as its peace activist program. “Sometimes it is the first time that they have had training from a young woman, or the first time they’ve see a woman not covering her head,” she says. “They see that there’s nothing wrong with this and they tell us that they want to send their sisters on the program so that ‘they can be like you.’ We see real transformation in those boys.”

In December 2015, the U.N. Security Council adopted Resolution 2250 – groundbreaking guidance that calls on member states to increase youth representation in peace talks and conflict resolution amid “the rise of radicalization to violence and violent extremism among youth, which can be conducive to terrorism.”

Saba is passionate about seeing more young women in Pakistan included in such work, and contributed to a high-level U.N. debate on peace and security in May 2016. Aware Girls has set up a network of 200 youth peace activists in northwest Pakistan, who are trained in conflict-resolution skills and are reaching more than 1,000 young people each year through peer education and community exchanges.

Like her fellow human rights activist and compatriot Malala Yousafzai, Saba has faced danger because of her beliefs and work. In 2014, her family was threatened at home by armed men posing as security officers; the Aware Girls abortion advice helpline has received many threatening calls; and the organization has had to move office twice because of safety concerns.

“We have become refugees in our own country because of the work that we’re doing,” says Saba. “But we are still working with strength and commitment because this is our country.”

Looking ahead, Saba wants Aware Girls to expand its work and build more bridges between young women in Pakistan and Afghanistan. It is also engaging with young women to help them use digital communication more safely: “Women face a lot of harassment online so we’re working with students on how to securely use social media.”

Saba is currently in the process of setting up a New York office for Aware Girls, to improve networking and build connections that will strengthen its work to involve more young women in the political process.

“Activism is in my blood. I cannot imagine myself without this job,” she says. “But we have a long way to go. Patriarchy is everywhere and we have to continue to work on this. We are not anti-men; we are focused on equality.”