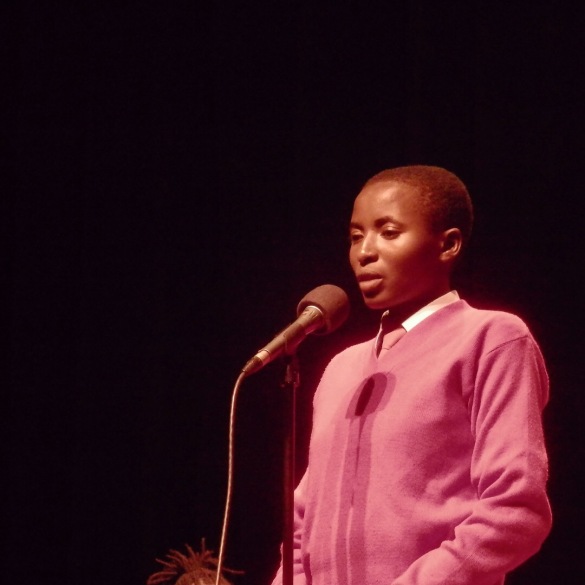 This story first appeared on Medium.

As a schoolgirl in rural Tanzania, Memusi Saibulu was determined that becoming someone’s wife at the age of 14 would not be part of her life plan.

Growing up in the predominantly Maasai region of northern Tanzania, Memusi knew that her family would expect their daughter to follow tradition and give up her education in her early teens for married life. But the stellar student had other dreams: to continue with her schooling and eventually train to become a doctor.

Memusi, a quietly spoken teenager dressed in her school uniform of red sweater, red tie and black over-the-knee pleated skirt, says her mother had always encouraged her to study hard and do well at school. But her father, driven by cultural convention, had other plans — arranging a marriage and dowry for his daughter while she was still in primary school.

When Memusi told her favorite teacher that family expectations and prohibitive school fees meant she probably wouldn’t be continuing her education to secondary school, the instructor was concerned that such a bright student wouldn’t be given the opportunity to pursue her studies. Perhaps she could apply for a scholarship?

Then, just two days later, the man who was to be Memusi’s husband visited her family home. “The drunk son of my father’s friend,” is how she contemptuously describes the man who forced himself upon her that evening then urged her to leave her parents’ home for a life with him.

On her suitor’s next visit, Memusi felt angry and more confrontational. “You’re not going to get your crooked little legs in my bed,” she told her unwanted intended.

Memusi admits to feeling proud of herself about her defiance but also very scared: “What if he tells my father? What if he tells others in my community?” she thought to herself.

Meanwhile, thanks to the encouragement of her primary teacher, Memusi had secured a place at Orkeeswa School, a community-based secondary school in northern Tanzania that provides holistic education to high performing students whose families don’t have the financial means to pay school fees.

When Memusi received the acceptance letter for secondary school, her mother “jumped up and down” with excitement. Then Memusi took the letter to her father, which forced him to set aside the traditional path he’d envisaged for his daughter in favor of a different journey.

Memusi explained to him that marriage would be the death of her dreams. Secondary school would unlock myriad opportunities, she argued. She won her battle. Because of these strong opinions, says Memusi, she gained herself a bit of a reputation: “I am considered to be a role model for my community.”

Fewer than one per cent of girls in rural Tanzania continue their education to form five and A-levels. Memusi is currently studying physics, chemistry and biology as a form six student. She’s also served as student body vice president, a peer counselor and a leader in community service projects and extra-curriculum activities. Her dream, she says, is to become a general practice doctor who can treat people — particularly women and girls — in her community.

As Memusi shared her experience with others via The Moth storytelling project in Nairobi, Kenya, she was acutely aware of her choice to reject the role of child bride and rail against tradition. She concludes: “I don’t want to destroy culture but I want to change girls being married at a young age.”

Memusi Saibulu participated in ‘Stories of Women & Girls: The Moth in Nairobi’ in January 2018. https://www.themoth.org/